As the Super Bowl continues to shatter television ratings records (the Patriots’ victory in Super Bowl XLIX was watched by approximately 114 million people), the cost for coveted ad time has more than doubled over the last decade. The people at StubHub and Column Five analyzed the numbers and found that the average cost for a 30-second commercial during the Super Bowl is literally spiraling out of control. 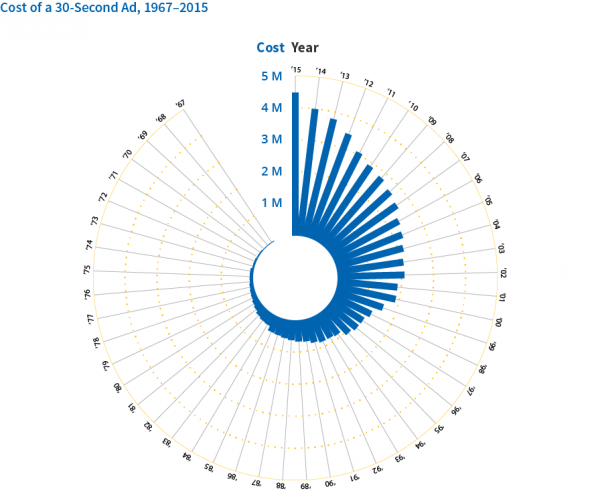 Pokémon Unveils Its Super Bowl Ad, the First of This Year's Spots to Roll Out Online – Adweek

​The making of a Super Bowl commercial – CBS News

If Tesla ever made a Super Bowl ad, this would be it – The Verge