According to Rentrak’s Ad Retention Index, which looks at the second-by-second viewing average for commercials compared to the entire program, ad exposure was nearly equal to viewership of the entire game. 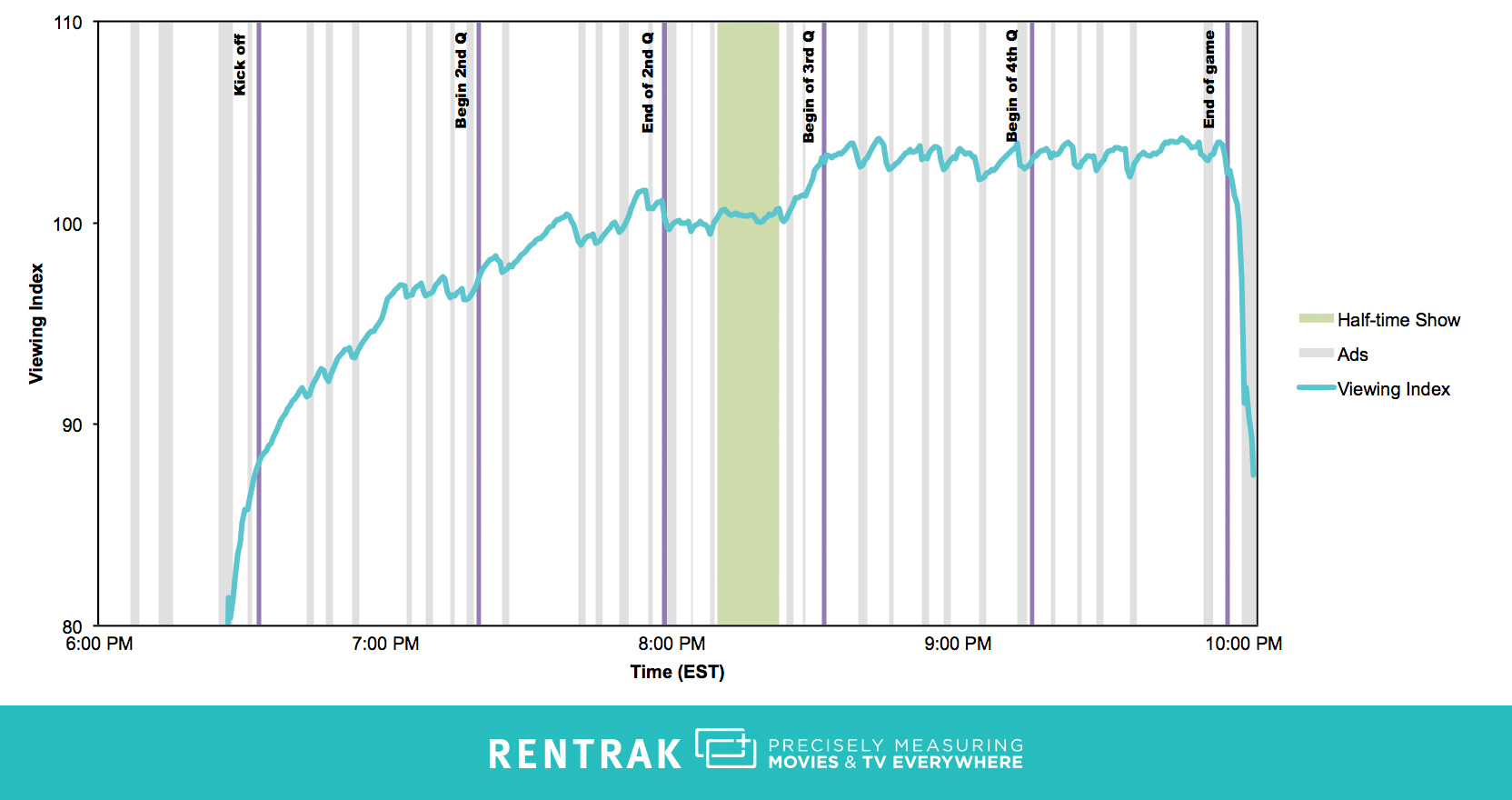 Results also show that audience levels remained stable despite the lopsided score. The most-watched ads of the game were from NFL.com, Kia, Audi, Coca-Cola and Nestle, which each had a 104 index compared to the average ratings of the entire game.

Information generated by social-TV analytic company, General Sentiment, shows that the ad that received the highest social media response was Microsoft’s “Empowering.” The chart below reveals the top ten ads by share of social engagement.