You may not be in the huddle on Lucas Oil Field this Sunday, but Super Bowl advertisers have read all the scouting reports on you and and they’ve come to this conclusion: you rarely fumble…your digital device.

Admit it, your smart phone or tablet is usually within arm’s reach. Some of you may even clutch it like a football, as if you were a running back busting through the line of scrimmage.

According to the Nielsen research firm, about two-thirds of smart phone and tablet owners uses their devices to text or post to Twitter while watching TV. With Super Bowl Sunday being an ultimate day for posting online comments and taunts, companies far and wide are going deep with their marketing strategies to reach fans on their “second screens.”

Chevrolet unveiled the first Super Bowl smart phone app that allows users to enter a contest to win everything from pizzas, tires, music, even a new Camaro. Coca-Cola set up a Facebook page and website for viewers to interact with the company’s animated polar bears. Honda even released an online ad more than a week before the Super Bowl, recruiting Matthew Broderick to revise his role as Ferris Bueller. Released a week ago, the ad already has over 6 million views and counting. And that’s just the tip of the football. 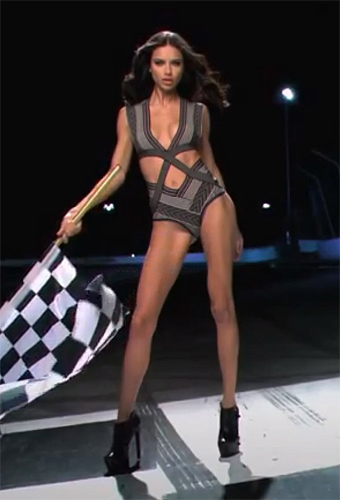