M&M’s, sold by the confectionery giant Mars, will use a commercial during Super Bowl XLVI on Feb. 5 to introduce a character to represent brown M&M’s named Ms. Brown. She will be the sixth computer-animated mascot for the brand, following walking and talking versions of the red, yellow, blue, green and orange M&M’s. 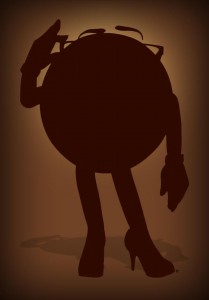 Ms. Brown is the second female in the M&M’s cast, after Ms. Green, and like her colorful counterparts she will be imbued with a distinct personality. Ms. Brown is an intelligent woman with a sharp wit who finally decided to reveal herself after working for decades behind the scenes as “chief chocolate officer.”

The commercial, scheduled to run in the first quarter of the NBC broadcast of the game, is being produced by the M&M’s creative agency of record, BBDO New York, part of the BBDO North America unit of BBDO Worldwide, which is owned by the Omnicom Group.

The Super Bowl commercial is the centerpiece of an elaborate campaign that takes place before, during and after the game. In fact, the spot will serve to “kick off a year of activity” to introduce Ms. Brown. Ms. Brown will arrive in social media, taking over the M&M’s fan page on Facebook, at facebook.com/mms, and sending messages on Twitter, where the character will have her own account with the handle @mmsbrown.