With a host of new vehicles coming to market in 2012, Lexus is poised to be one of the fastest-growing luxury brands this year. To kick off the product onslaught, the company will debut its first-ever Super Bowl commercial for Super Bowl XLVI on Sunday, February 5 on NBC. 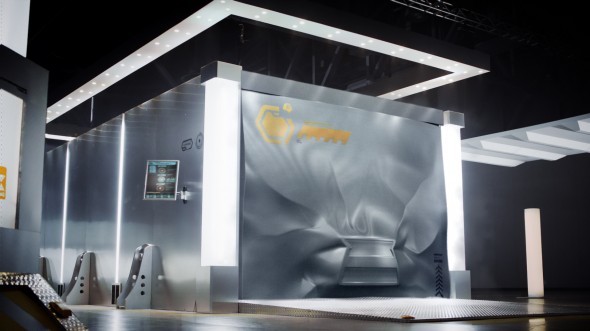 “This is a big year for Lexus as we introduce nine new or updated models, and the Super Bowl provides us with an equally big opportunity to reach a highly engaged audience of 50 million people,” said Brian Smith, Lexus vice president of marketing. “The star of our commercial is the all-new 2013 GS which launches in February and kicks off a pivotal era for the Lexus brand. The spot also will convey that even more products are waiting in the wings and are anxious to hit the road.”

The :30 second commercial is scheduled to run during the first half of Super Bowl XLVI. A :15 second sneak-peek of the commercial can be seen below. The ads were created by Attik, a Lexus roster agency, while the overall GS launch advertising is headed by Lexus’ agency of record, Team One.

Leading up to its Super Bowl commercial, Lexus is embarking on a unique social media activation called TweetDrive Engineered by Lexus. It is a socially-fueled game engaging football fans during the professional football playoffs. TweetDrive Engineered by Lexus airs live on NBCSports.com and offers fans the opportunity to earn yardage, move their “team” down the field and score a touchdown during the actual playoff games and throughout the week.

“TweetDrive Engineered by Lexus offers a unique way to challenge sports fans to put their knowledge about football and social media to the test,” said Brian Smith, Lexus vice president of marketing. “There is a lot of excitement about football this time of year and Lexus is pleased to join in the action through this program. It’s also a great way to build on the anticipation created by our upcoming Super Bowl ad, a first for Lexus.”

The object of the game is to gain enough yards to score a touchdown. Yardage is accumulated by tweeting the correct answers to a mix of trivia and predictive gaming questions using the #LexusTweetDrive hash tag. For each playoff game a fan plays TweetDrive, they are entered to win the grand prize — a trip for two to an NBC Sports Premium Event.* To participate, fans just need to register at NBCSports.com and watch for tweets from @Lexus using #LexusTweetDrive during playoff games (predictive gaming questions) and throughout the week (trivia questions) through January 22, 2012.

The game will be promoted via NBC Sports, and Lexus social media outlets and NBCSports.com throughout the playoffs. For more information and to register, visit www.NBCSports.com.