H&M will debut a 30-second ad during the Super Bowl to launch the new DAVID BECKHAM Bodywear collection. The stimulating spot marks both H&M and David Beckham’s inauguration into the Super Bowl advertising line-up. H&M recently announced a long-term alliance with David Beckham, which kicks-off with the introduction of the nine-piece Bodywear collection on February 2, 2012 in 1,800 H&M stores worldwide.

H&M’s advertisements are all produced in-house at the H&M headquarters in Sweden in cooperation with independent creative professionals. The David Beckham Bodywear commercial will have a prime position in the 2nd quarter of the game. 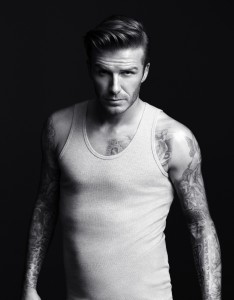 “We’re always looking for new ways to surprise and delight our customers, and we see this as a unique opportunity to reach millions of fans and H&M customers. David Beckham is a true style icon and one of the most decorated soccer players of all time,” says Steve Lubomski, Director of Marketing for H&M North America. “We’re thrilled with this campaign and excited to captivate viewers’ attention during the Super Bowl, the biggest stage in the world to unveil our ad campaign.”