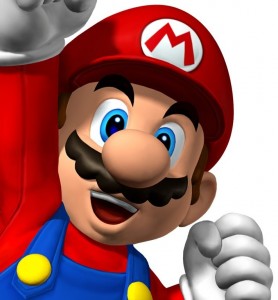 Buffalo Wild Wings
For years, few eateries beyond the local pub could get the combination of football, beer and wings just right.
Those simple core elements were either relegated to sideshows by servers in three-sizes-too-small uniforms, just part of the scenery amid sports memorabilia or sports network-inspired arcade games or considered just minor touches of an overall slow-casual concept. It didn’t take long for Buffalo Wild Wings to make all of those models seem overthought and downright wrong.

Yes, but even Piggy has a higher profile than Simpson these days and the pizza landscape has changed just a bit since the days of the Cheesy Bites pizza. For one, Papa John’s(PZZA) is now the NFL’s pizza purveyor of choice and has held tight to the league’s official pizza sponsorship for a few years now. That means it can give away a free pizza every 46 seconds until the Super Bowl and splatter Super Bowl XLVI logos over its site all it wants while Pizza Hut has to allude to “the big game” and time its $10 pizza promotions just so.

Netflix
Reed Hastings should apologize. Or be able to laugh at his own mistakes. Or at least offer consumers a consolation prize.

Either way, a Super Bowl ad this year would have been a great way to curry some favor with consumers again after splitting up its disc mailing and streaming services, jacking up prices as a result and chasing away roughly 800,000 subscribers in the third quarter alone.

Nintendo
So maybe 2011 wasn’t the best year for the normally jovial gaming giant.

Its new 3DS handheld console needed a price drop right out of the gate to get sales going. Its Wii sales faltered despite the release of long-awaited titles such as Legend of Zelda: Skyward Sword. More troubling, however, was that its market share among both mobile devices and consoles dwindled as Apple iOS and Google Android smartphones and tablets stole its thunder while Microsoft and Sony co-opted its motion controls. That all contributed to nearly $1 billion in losses for Nintendo worldwide last year.

Fiat
“Imports” from Detroit and endorsements from Eminem are great and all, but the all-American game Chrysler’s playing with its football ads isn’t going to do a thing to sell tiny Fiat 500s.

Chrysler sales were up 26% in 2011 as the company emerged from bankruptcy, retooled its lines and discarded what wasn’t working. Unfortunately, Fiat sales slid below expectations as the Fiat 500 managed to outsell only the dying Dodge Dakota, Chrysler Sebring and Jeep Commander.

Five Guys Burgers and Fries
This burgeoning burger chain is the worst-kept secret in the markets where it’s succeeding, but it hasn’t cooked into a household name.

That’s where a Super Bowl ad would come in handy. Without one — or really any advertising, for that matter — the chain built on big burgers, fresh ingredients and free peanuts grew from a local Washington, D.C., outfit back in 2002 to more than 900 locations in 46 states and Canada today. Another 1,500 are in development as sales grew more than 37%, to $625 million between 2010 and 2011.

Samuel Adams
Makers of yellow water can tell drinkers to man up and breweries can teach Clydesdales new tricks, but none of the big beer advertisers are going to put an IPA, porter or holiday 12-pack on a Super Bowl screen any time soon.

Boston Beer and its Samuel Adams brand are one of the few craft beer makers that can change all of that. Beer Marketer’s Insights estimates that Boston Beer sold 2.4 million barrels of its beers last year, up from 2.26 million in 2010. The company hasn’t released its fourth-quarter results yet, but sales are up 8% year-to-date and its share price reached an all-time high of more than $108.50 in December.

Google+
So maybe the Facebook hatred wasn’t as deep as it appeared.

Google+ didn’t quite take off as the social answer to Facebook or Twitter when it was released last year, but a ton of tweaks to Google’s search algorithm and to the Google+ news feed are making it a very different product than it was at inception. Too bad a sizable target audience isn’t getting that message.

Amazon
Borders has been dead for almost a year, Sears just announced that it’s closing more than 100 stores and Best Buy couldn’t even manage a sales bump during the holiday season.

Where’s everybody shopping? If Amazon wanted to make the leap from online convenience to retail icon, it would exclaim as loudly as it could on Super Bowl Sunday “They’re shopping here.”

What makes Tesla think it will fare any better when the Tesla Model S releases later this year for a $50,000 to $98,000 asking price? Frills, and lots of them.