Super vfx for the Super Bowl

Leave it to the Beaver: Bridgestone

In Bridgestone Tires’ ‘Carma’ spot, a driver’s close encounter with a very thankful beaver is repaid when the animal saves his life from a raging river torrent. Method Studios in Los Angeles helped realise the beaver as a digital creature.

Directed by Kinka Usher for agency The Richards Group, the spot reunited Method CG supervisor Andy Boyd with the same team behind the popular Bridgestone ‘Scream’ Super Bowl commercial that featured a digital squirrel. “When I first found out about the spot,” says Boyd, “there were already some rough storyboards that had been done and that was pretty exciting seeing that, especially when we found out it was the same creative and director, who we got on really well with.”

The spot was filmed with the aid of a real beaver and a stuffie beaver on location as reference, and some early enthusiasm towards achieving a number of the shots practically. Ultimately, since the animal had to perform very specific actions – not least of which were a salute to the driver and a later fist pump – Method created an entirely digital beaver for use in the commercial. 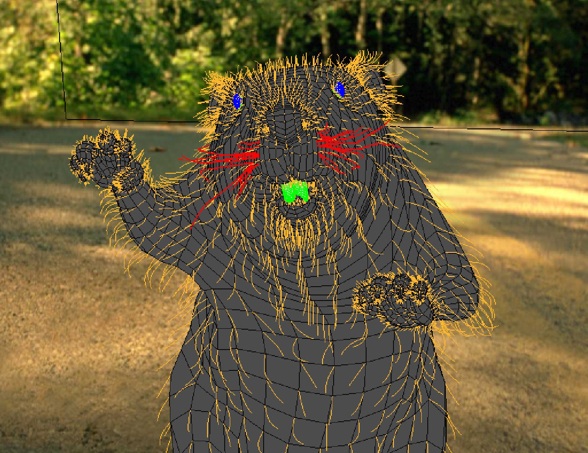 The raging river torrent and collapsing bridge from which the driver is saved were achieved mostly as CG elements. “The foreground is real and in the distance is a matte painting,” says Boyd. The whole river is all CG, and that was a collaboration with Scanline VFX in Germany. When we saw that shot, we thought we’d straight away call the pro’s and they came on board to collaborate with us.”

“We built the bridge in CG using photogrammetry from the location,” adds Wigart, “we animated the bridge as a Houdini simulation while Scanline was creating the water torrent. It was interesting trying to get those elements working together when they were being done in separate places, but it turned out great. Kinka set up the shot nicely for the effect — having the river snake into the background gives it depth and makes it feel very real.” 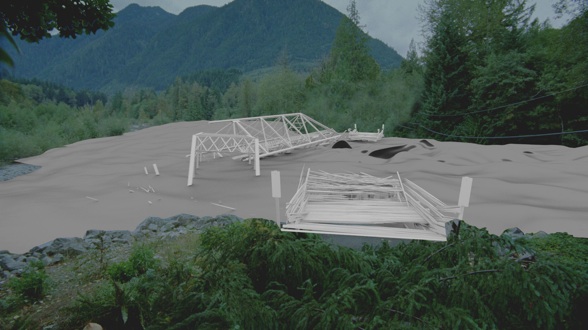 Read more about special effects used in the Cars.com commercial at FXGuide