Super Bowl XLV 15 percent will watch for ads, two-thirds of 18-34 yr. olds will multitask with smartphones

Nearly two-thirds of 18-34 year olds planning to watch Super Bowl XLV have smartphones – and they intend to use them.  A survey this week by Lightspeed Research revealed that consumers in this age group plan to make extensive use of their smartphones during the game for texting, social media, watching Super Bowl ads and more.  Other findings of this survey include:

• 60 percent of those planning to watch the Super Bowl will spend as much or more on food and beverages compared to last year.

• 71 percent of respondents say they plan to watch the game; the vast majority from their homes.

• Viewers anticipate commercial spots from Anheuser-Busch more than any other advertisers. 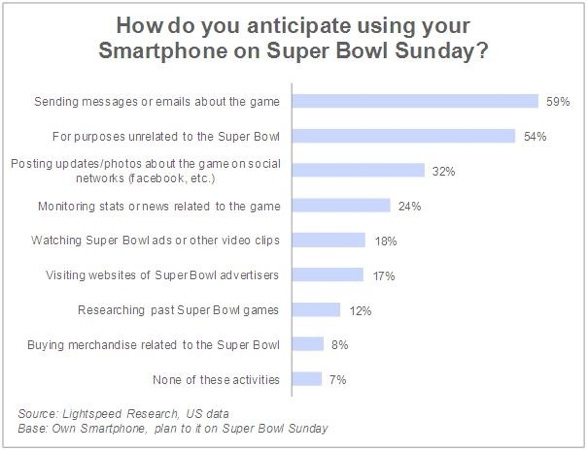