Coca-Cola unveiled the two commercials the brand will air during the Super Bowl.

The first, created by Weiden + Kennedy and called “Border Crossing”, features two guards from different countries at a remote outpost who do nothing but pace back and forth past each other all day long. Eventually, one grabs a Coke. The other looks longingly until the former decides to share but only after the border is redrawn in the sand so as to eliminate sparking an international incident. 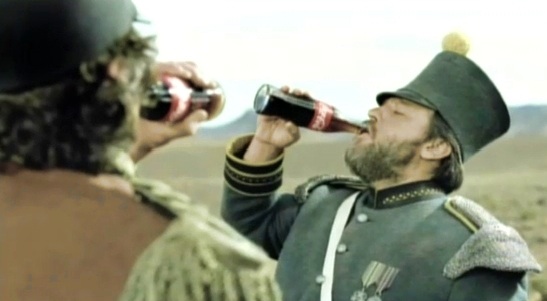 The second, created by Nexus London, is an animated fantasy complete with a fire breathing dragon, opposing armies, castles, and another dragon made of ice with a Coke encased inside it. One breath from the fire breathing dragon melts ice dragon but, since this is a Coke Happiness commercial, all ends well and happiness rules the land. 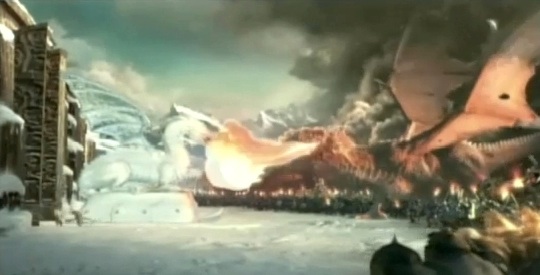