By SUZANNE VRANICA and STEPHANIE KANG

Super Bowl viewers will be on the lookout for rookie mistakes — and not just on the field.

Advertising at the big game is a gamble for newcomers not just because of the rising cost of buying the ads — advertisers are paying up to $2.7 million for a 30-second spot this year, up from $2.6 million in 2007 — but also the risk to their reputations if the commercials fall flat or offend. 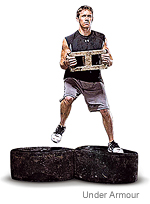 As of yesterday, all but one of the 63 spots for the Feb. 3 Super Bowl XLII had been sold. In recent years, the lineup has typically included between six and 10 new advertisers, and News Corp.‘s Fox is expecting around 10 this year, according to a person familiar with the matter. Among the first-timers joining perennial Super Bowl marketers like PepsiCo Inc. and FedEx Corp. this year are athletic-apparel maker Under Armour Inc., online car sales site Cars.com and Unilever‘s hair-care brand Sunsilk, Procter & Gamble Co.’s Tide and Bridgestone Corp.’s Bridgestone Firestone North American Tire unit.

This year’s newbies, three of whom are using the event to launch campaigns, say they have a few tricks up their sleeves. Cars.com, for example, is using an ad team from Omnicom Group Inc.’s DDB Chicago that was behind many of the wildly popular Bud Light commercials. Under Armour’s 60-second spot, meanwhile, will feature sports personalities in extreme-training conditions, the company says. While the ad isn’t completed yet, images may include National Football League player Vernon Davis dragging a tractor tire, figure skater Kimmie Meissner leaping over exhaust pipes, or Nascar driver Carl Edwards doing lunges holding a cement block.

While the Super Bowl ads are inevitably rated on their creativity and cool factor, some marketers say those elements are less important to them than getting out their message clearly.However, over the years, plenty of companies have fumbled their Super Bowl advertising debuts. A 1999 spot for Just for Feet, a now-defunct athletic shoe and sportswear retailer, featured a band of mostly white commandos in a Humvee chasing a barefoot African man in the jungle and forcing him to wear Nike sneakers. The ad was labeled racist, and Just for Feet later sued the agency that created the spot, Saatchi & Saatchi. The next year, financial-services company John Nuveen ran a spot that, with the help of digital photography, showed paralyzed actor Christopher Reeve walking — an ad many viewers found unsettling.

Those ads came during the dot-com boom, when advertisers hungering to take their companies public were desperate to get Wall Street’s attention. One of the biggest years for new marketers in the Super Bowl was 2000, known in ad circles as the “dot-com bowl.” Among the rookies that year were AutoTrader, OnMoney.com, OurBeginning.com, Computer.com and Kforce.com. While many first-time Super Bowl advertisers return, many of the companies in the class of 2000 eventually went bust.

Today, fallout from an ill-conceived ad can be magnified by the growing number of polls that survey the public about ads and Web sites that critique commercials. That heightened scrutiny causes some advertisers to think twice about taking the Super Bowl plunge. “There are a lot of polls out there now, and advertisers don’t want bad press,” says Andy Donchin, director for national broadcast at Carat USA, a media-buying firm owned by Aegis Group PLC.

Another hazard for first-timers: being outshone by the veterans. Only a fraction of the dozens of ads that will air during the game will get any significant buzz the next day, and companies like Cars.com and Under Armour are competing against regulars like Anheuser-Busch Cos., who have Super Bowl ads down to a science. The brewer features 10 different spots during the game, all of which it tests via focus groups.

Still the big game is tempting to advertisers looking to launch products, kick off ad campaigns or introduce a new company name. It is the single biggest television event of the year, with 90 million viewers in the U.S., plus large numbers of people in 230 other countries and territories. In an age of audience fragmentation, companies have few such opportunities to reach large numbers of viewers in a single venue.

Some companies decide to advertise in the Super Bowl for the first time because they’re overshadowed by bigger players in their industry and want to address that imbalance. Others are diversifying and want to draw attention to that foray. Baltimore-based Under Armour made a name for itself in 1996 with its line of sweat-wicking performance apparel. Now it’s taking another shot at established companies like Nike and Adidas with its ad campaign announcing its entry into the cross-training shoe market.

Under Armour’s spot this year, which will air in the first quarter of the game, represents a sizable chunk of the company’s advertising budget, which was $16 million last year, according to TNS Media Intelligence.

“There is no bigger opportunity” than the Super Bowl, says Under Armour’s Chief Executive Kevin Plank. “This is a defining time for our brand,” he adds. “We are now ready to compete in footwear.”

Cars.com will use the Super Bowl to kick off an ad campaign that introduces the tagline “Confidence comes standard.” Its spot shows consumers going to a car dealership armed with research from Cars.com. The ads have a humorous surprise ending showing what the consumer would have done if he hadn’t had the Cars.com research.

Bridgestone, which is also sponsoring the game’s halftime show, had its agency come up with concepts for 140 different commercials, which Bridgestone narrowed down to three now being produced. The tire maker will select two spots to air during the game. The company says it is using ad formulas that have worked for other companies in the past: animals, humor and celebrities — in this case, Alice Cooper and Richard Simmons.

Tide is considering airing an old ad for its Tide to Go pen that shows a man interviewing for a job who is repeatedly interrupted by a talking stain on his shirt, according to people familiar with the matter. The spot won a Silver Lion Award last year at the annual International Advertising Festival in Cannes, France.

Meanwhile, Sunsilk is betting on Madonna, Shakira and Marilyn Monroe, showing images of the women while their music plays. The screen reads: “Some girls can’t wait to make life happen. Their hair tells their story.” After the Super Bowl, the company’s high-energy spot will be rolled out in 14 countries.

Some Super Bowl first timers have scored big. Monster.com debuted in 1999 with a hit ad featuring kids talking about what they wanted to be when they grow up. In 2006 Unilever ran an ad for Dove showing young girls talking about their looks that was widely praised for its emotional depth.

One of last year’s newcomers, Garmin Ltd., the maker of GPS devices, is coming back this year despite coming in low on some ad poll lists with an ad featuring a map that turned into a Godzilla-inspired monster. Reaction “was a mixed bag but it was still a success,” says Ted Gartner, media relations manager at Garmin. “As long as people are spelling our name right and still purchasing the Garmin units, it’s all good.”